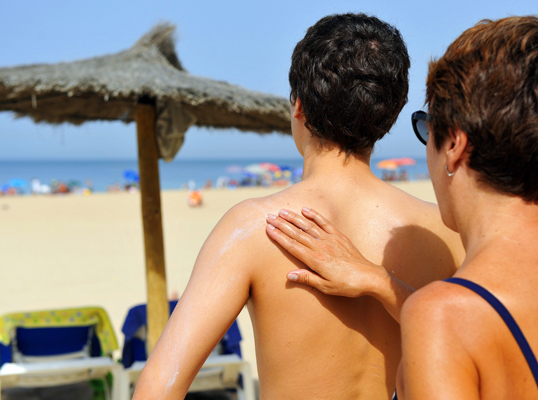 The early European settlers to Australia found themselves in a land alien to that which they had left far behind. Despite the multitude of differences, many echoed the sentiments of Dorothea Mackellar and grew to love the sunburnt country they found themselves living in. This displaced the love of “grey-blue distance, brown streams and soft dim skies” which once ran strongly in their veins.
Many years later, their sun-kissed sons and daughters have reason to be more wary of the harsh land they call home, to respect “her beauty and her terror” and to fear her “pitiless blue sky”.

The presence of a fair-skinned population in the “hot gold hush of noon” produced a country that has the highest incidence of skin cancer in the world, especially melanomas.2 Whilst melanomas are not the most common form of skin cancer, they are the most life-threatening.
It is hard to convey the human toll and suffering of a disease purely by reproducing statistics, but the ones about melanomas provide sober reading in their own right. The following are some statistics about melanomas of the skin in Australia:

Is there insurance for Melanoma?

Australia is fortunate enough to have arrange of insurance companies that offer Trauma Insurance that can pay a lump sum benefit of up to $2,000,000, should you be diagnosed with a specified illness like cancer and provided that you otherwise satisfy the terms and conditions for payment.

These funds can help pay off the mortgage, pay medical bills and meet the myriad of other financial stresses that inevitably arise allowing you to concentrate on recovering.

It is important to choose a policy that has excellent melanoma definitions which will give you greater peace of mind if you ever need to make a claim for skin cancer.

Contact your financial planner to discuss your insurance needs today.